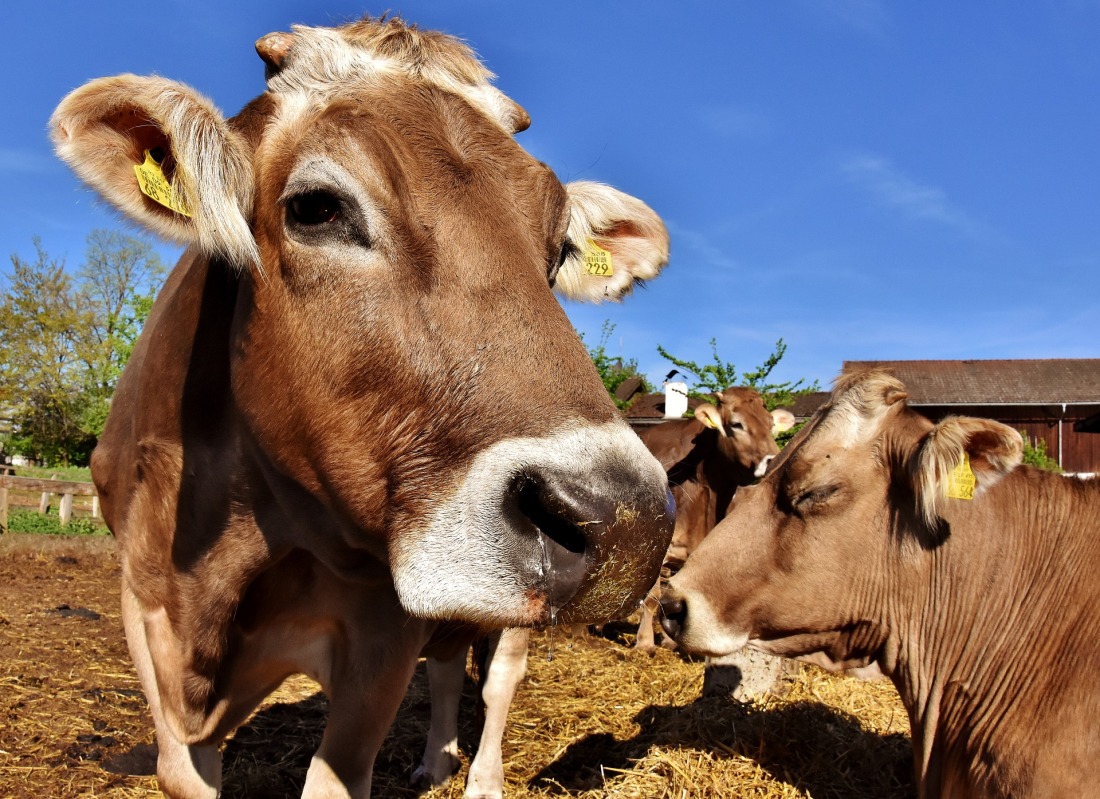 I’ve been ruminating, a word I love. Ruminating—it restores an old image of cows in our barnyard after milking, a picture of peace after their busy day feeding in a meadow and their heavy milk burden has been lifted, chewing cuds and drooling and thus restoring their supply of milk from pasture greens stored in their rumen. They were ruminating.

Perhaps that’s too homely for you, to call quiet thinking ruminating. You prefer meditating. Well, those cows weren’t meditating; they were working, chewing grass balls stored earlier in the day, coughed up from their rumen, and letting their saliva and teeth release nutrients that will keep themselves alive and replenish their milk, so providing super nourishment for our family, part of our sustaining our lives, too.

So perhaps rumination is a good word for what I’ve been doing as I rethink what’s been grabbed quickly in the pounding heat of controversy or quieter conversation, not really thought through yet, and ruminate about it, refine it, make it usable and more productive, for myself at least, but perhaps for others as well.

Okay, I’ve been ruminating on two statements, one a question, the other answering a question, rooted way down and back in history and hearts of Mission Friends who formed what is now the Evangelical Covenant Church, into which I was born, baptized, confirmed, converted, and later on worked as a pastor for more than 40 years, a fourth-generation descendant of two pairs of great-grandparents who were charter members of a rural Iowa church that became my home church, founded by those two couples and several other Swedish immigrants in 1876. Lately in Covenant circles, those two statements have been bandied about freely by contestants in heated conversation that’s got one side thinking it has the gay inclusion debate sewn up finally, seamlessly, irrevocably, and a vocal minority insisting that what the other side has produced is poorly-sewn and faulty patchwork. Both sides use the two sentences liberally and strategically, like drones aimed into combat. As I’ve ruminated, its become obvious to me that the two simply cannot be separated, although in the midst of the fracas, they’re usually torn asunder and, I conclude, drained of much of their meaning and most of their power

Of the two, I most often see, “Where is it written?” My ancestors would have been soundly familiar with it as, “Var står det skrivet?” (literally, “Where stands it written?”), heard often in gatherings of Mission Friends poring over the Bible together, questioning dogma and rules of the Lutheran state church while seeking to shape theology that suited spiritual experiences they shared, assured that in those small communities, labeled in English, conventicles, they would be effectively guided by the Holy Spirit. Far though from rejecting all they heard and experienced in their parish church, they sought to merge long-held theology—grace, the love and acceptance of a heavenly Father, the Holy Trinity, the life and message of Jesus and redemptive effect of his death and resurrection, and much more—and instructions for life that they heard in church Sunday mornings with what they sought and found within the covers of their Bibles. They questioned, kept on asking,”Where is it written?” and searched—together, for it was truly a communal exercise, with the question being a challenge not aimed toward others but as much toward themselves. (Of course, they had no iPhones with which to find answers, right or wrong, in seconds, alone.) My forbears a century and a half ago searched and relied upon one another to search, and I suspect there was equality and trust in that searching, not much relying exclusively on a leader, a real experience of shared responsibility and benefit. Out of such conversations came one, for example,
distinctive Mission Friend conviction that is remarkably different from their church’s creedal certainties: the emphasis in understanding Jesus’ death for our sins not on satisfying God’s wrath but on God’s loving embrace of the sinner. It’s that agreement to work, think, reason, pray together that is likely the key to the more adequate use of “Where is it written?”, believers united in confidence that their efforts will be honored by a divine presence with outcomes nearer to truth than had one worked it out alone. 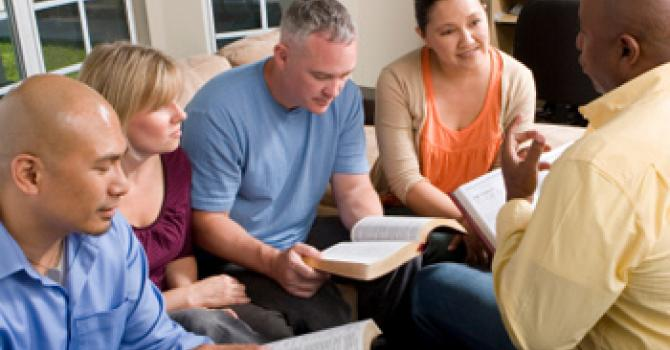 The second statement answers a question,“What do we believe about the Bible?” In Covenant churches that still maintain a strong non-creedal stance, that answer usually appears near the beginning of the church’s constitution, the only words even close to a creedal statement: “We believe in the Bible, the Old and New Testaments, as the word of God and the only perfect rule for faith, doctrine,  and conduct,” an article of faith, usually non-amendable, that the Bible truly provides all that is needed for being God’s people, a conviction that shapes“Where is it written?” i. e., that the search for truth will happen within those covers and be limited only by those covers. The Bible is the Word of God in its wholeness, by this definition, and so it would have been in those conventicles that when someone found words to express strong convictions, another looking elsewhere in the Bible would find words to support or challenge, and another would discover other facets of the answer elsewhere, and together they would begin to find common ground that seemed good to them and to the Holy Spirit. It was the conviction that the Bible was the field Jesus described where infinitely valuable treasure was buried or the setting of the supremely valuable pearl.

But how can that mutual, Spirit-guided seeking for truth be fitted into the fracas that has characterized current debates where it seems as if debaters have tiny Bibles or have torn a few pages from the Bible, seven likely, or 13, or 20, more or less, depending on the enlightenment of the chooser, and are declaring those pages as truth, the whole truth, and nothing but the truth, and saying, “There it is written!”, a declaration that allows no question. No matter on which side of the debate the arguer places themselves, the temptation as debate heats up is to use the Bible in that bantam way.

A week or so ago Jeff Sessions, the attorney-general, set off a firestorm by citing Romans 13 to support separating families at the southern border of the U.S., proof-texting so erroneous it was laughable, if not so terribly sad, to many but grabbed by others as proof beyond discussion. (As the Jeff Sessions story developed, it came out that a preacher named Ralph Dollinger has access to highest levels at the White House and Capitol Hill to conduct Bible studies and conveniently provide to Sessions and whomever desires appropriate proof texts for any executive order or legislative act that a few biblical words might bolster.) How vastly different it is to work out of faith that the whole Bible is the word of God and to accept the moral, time-consuming responsibility of communal seeking embedded within the invitation, “Where is it written?”

I must confess, though, that my rumination has been hermitic (as in “hermit”) and thus not really worthy of the two formative statements I’ve described. Recognizing that shortcoming I offer this rumination for thought and evaluation of others who wish to join in dialogue. Please do so. Thank you.

View all posts by JimA